Wreath laying Ceremony at the Grave of Admiral Lord Cochrane

On Friday may 20th, on Westminster Abbey, there was a Wreath laying Ceremony at the Grave of Admiral Lord Cochrane on celebration of “Chilean Navy Day”.

Admiral Cochrane commanded the First National Squadron and help to give the Chilean Navy it definite professional structure. Always one of the principals warships in the Chilean Navy has the name Almirante Cochrane. The Chilean Navy Day is when Chileans celebrate the Naval Heritage.

As Admiral Cochrane’s monuments proclaims, he achieved a name illustrious throughout the world for courage, patriotism and chivalry.

Our Commercial Liaison Officer, Marcelo Castillo and his wife participated in the ceremony. Between 2006 and 2007, he was part of the First crew of the current Frigate Type 23 “Almirante Cochrane” (ex HMS “Norfolk”) and lived between Portsmouth and Plymouth in order to train and prepare the warship to sail under the Chilean Navy flag. 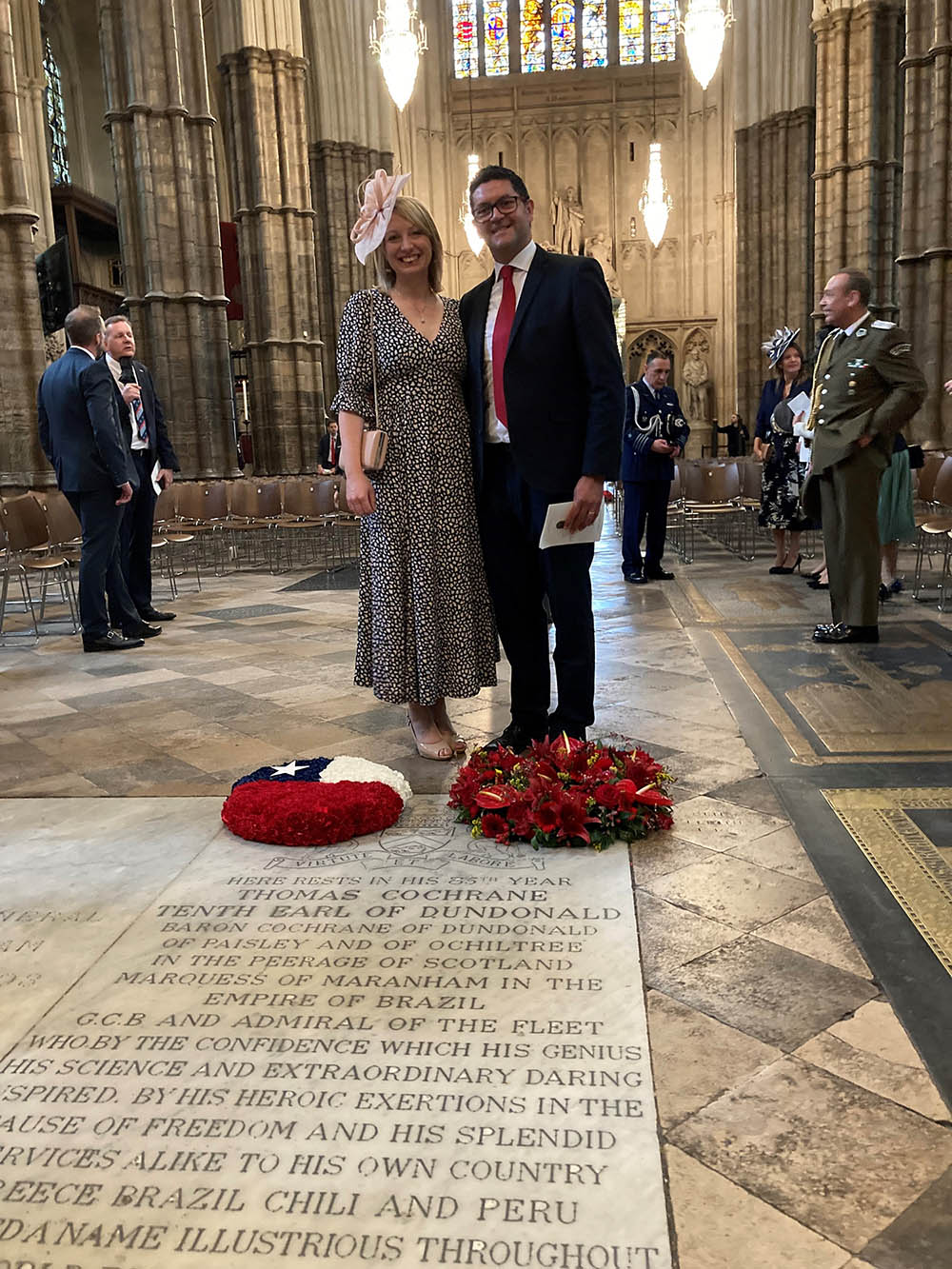 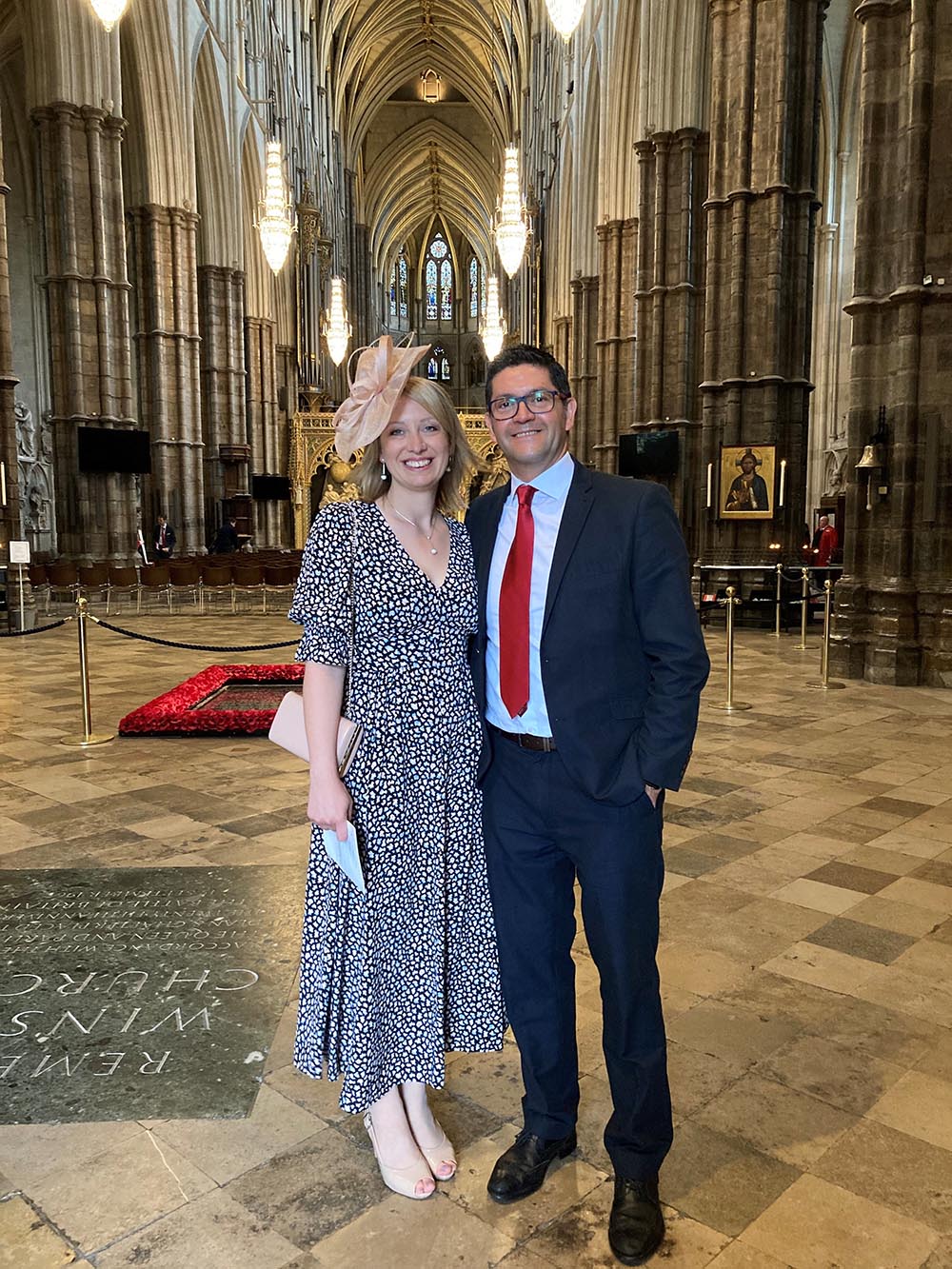 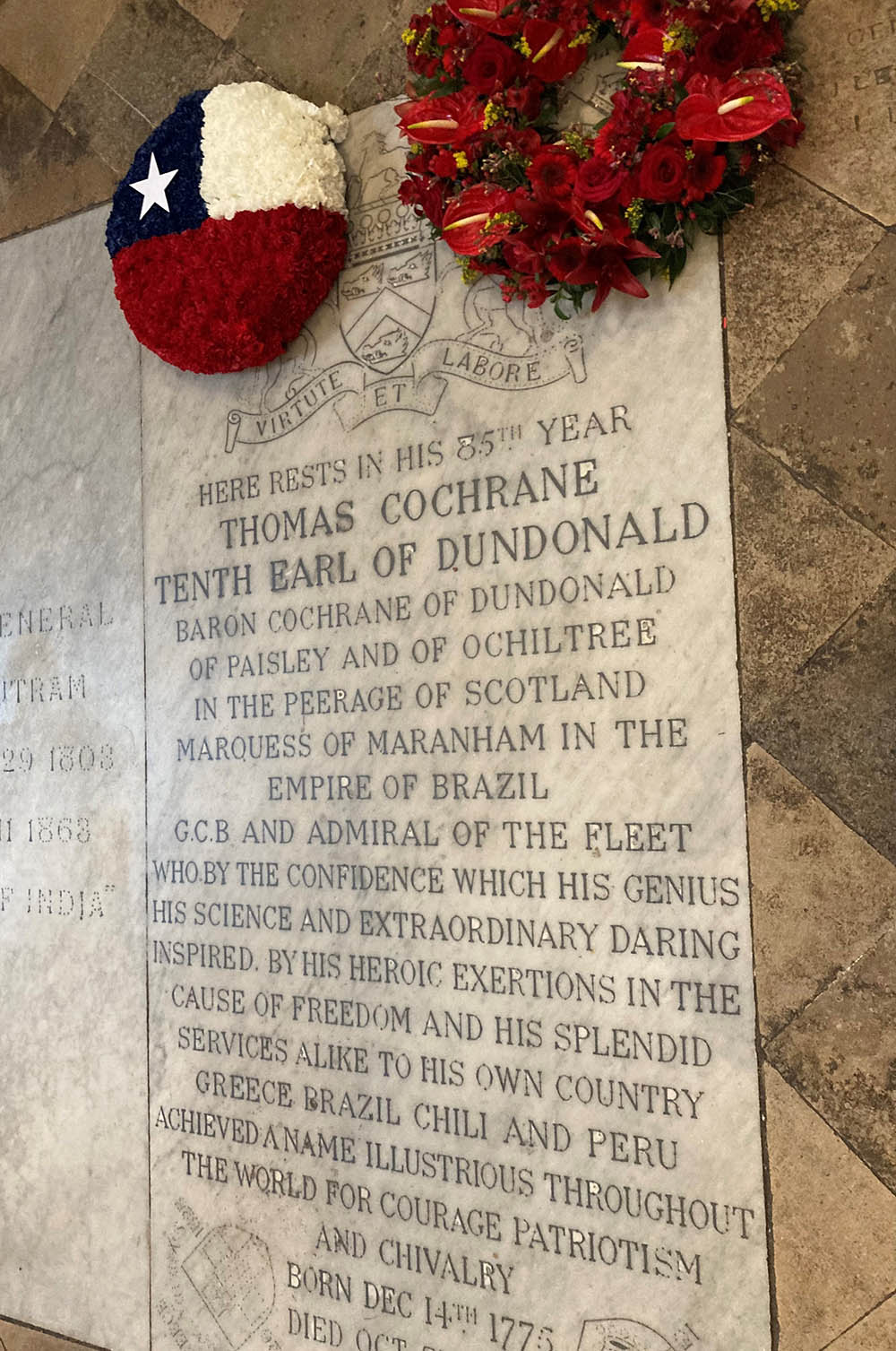 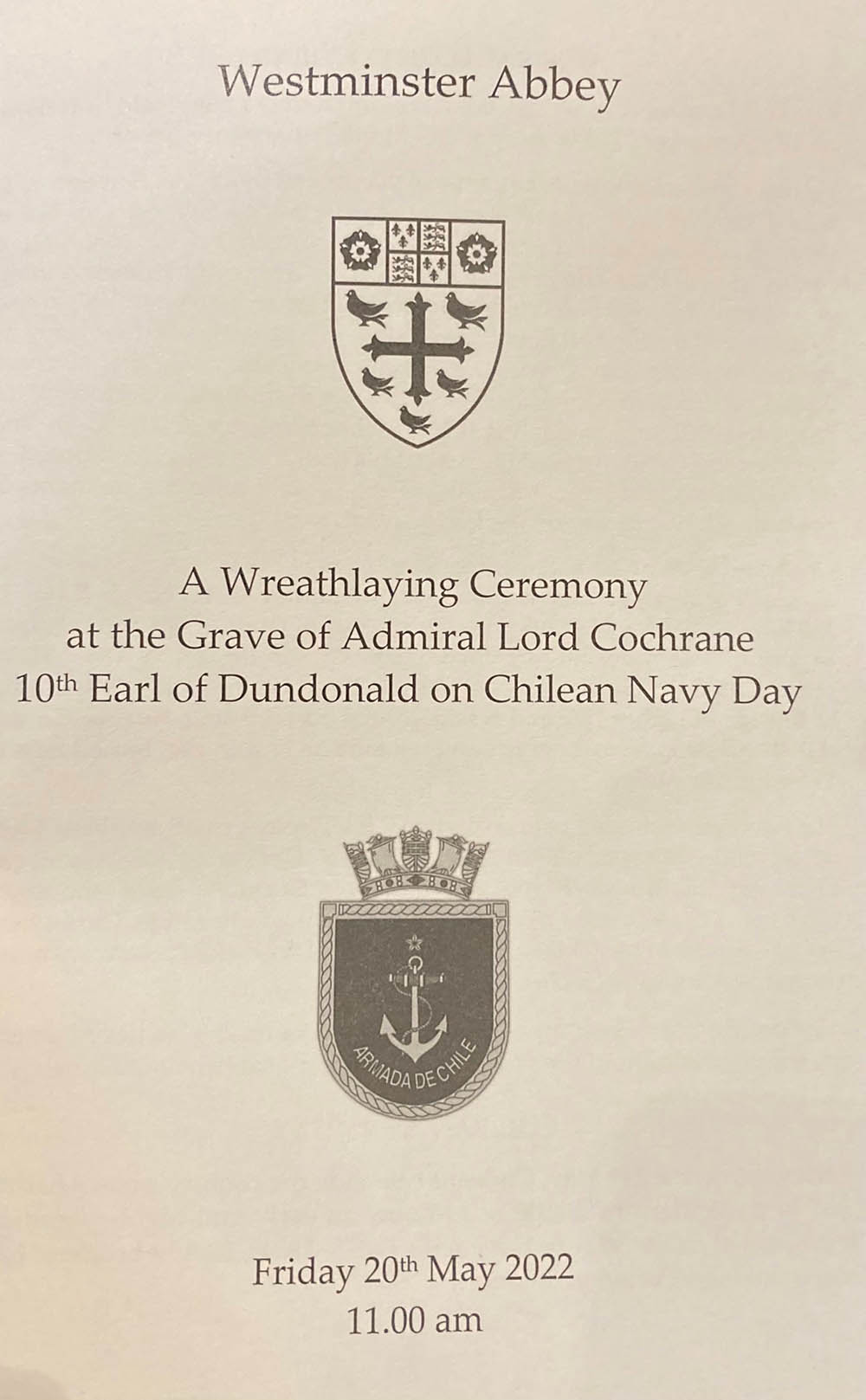