Although it is with great sadness that Elizabeth II has passed. We are joyous in the fact that we were part of the flotilla marking the Queen’s jubilee earlier in the year. The flotilla on the Humber comprised of 70 boats gathering at theHumber Bridge, Hessle. The fleet included a ship that took part in the Dunkirk during World War Two and Humberside Police's brand new boat. Our contribution was to be part of the flotilla whilst spraying water to add a little drama! At 9pm we then sailed back along the river reaching the Hull Marina where at 9.45pm the Beacon was lit.

If that wasn’t enough there was a flypast of two Spitfires from the RAF Battle of Britain flight. The late Elizabeth II was the UK’s longest reigning monarch, her commitment to service, duty and love of her people is something that we admire, respect, and were proud to be able to help mark at such a wonderful jubilee weekend. 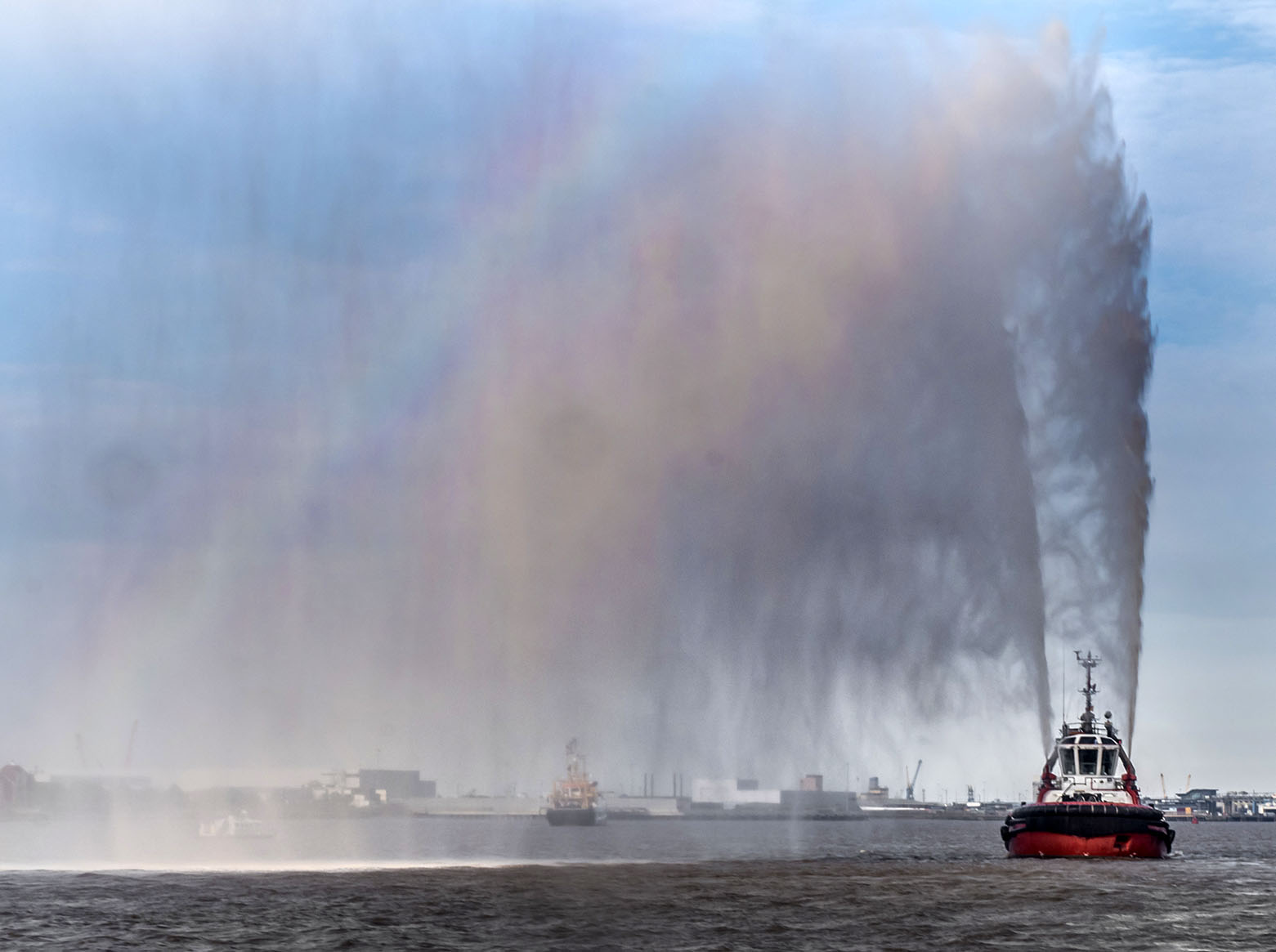